In 2013, end-use markets consumed 95.9% percent by weight of the scrap tires generated in the U.S. The total volume of scrap tires consumed in end use markets in the U.S. reached approximately 3666 thousand tons of tires. Related agencies estimates that, about 3824 thousand tons of tires were generated in the U.S. in 2013. In 1990, only eleven percent of tires were consumed on a per tire basis. It should be noted that since 2011 the percentage of scrap tires consumed by markets increased 12.9 percent, while the volume of tires utilized increased by about 418 thousand tons. Positive end-use market results in 2013 were primarily the result of higher rates of TDF use and lower scrap tire generation. In the long term, the need to expand all economically viable and environmentally sound markets for scrap tires is still an imperative. Scrap tires were consumed by a variety of scrap tire markets, including tire-derived fuel, civil engineering and ground rubber applications. Other smaller markets and legal landfilling consumed the remaining annually-generated tires. 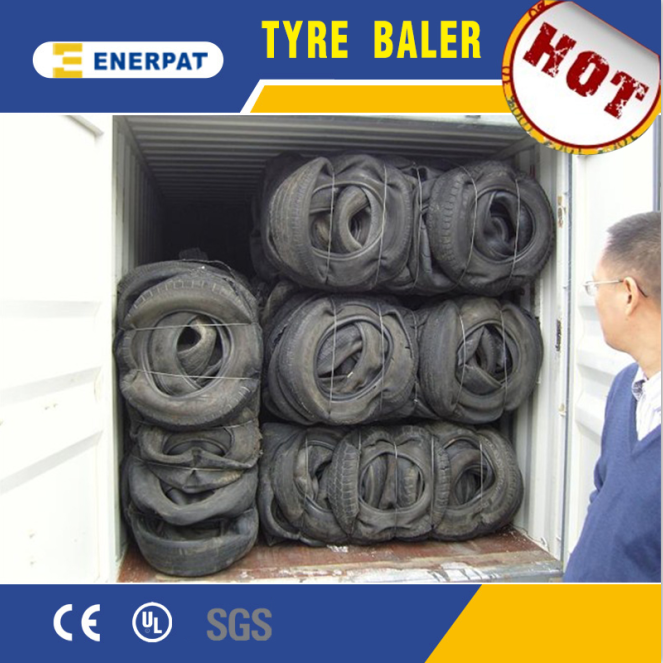 So much waste tires cause lots of problems about environment. Properly handled, scrap tires do not present any major environmental problems. If improperly handled however, scrap tires can be a threat to the environment. Tires exposed to the elements can hold water and be a breeding space for mosquitoes that carry disease. Tire piles can be set on fire through arson or accident. These fires are difficult to put out, and produce heavy smoke and toxic run off to waterways. Tire piles can also harbor other vermin, such as rats and snakes.

We strongly support programs to clean up scrap tire stockpiles and eliminate these environmental threats. It also promotes training of fire service personnel to deal with scrap tire fires.

Our Enerpat waste tire baler was designed to: eliminate collection of waste water (conducive to mosquito breeding), reduce volume, reduce fire hazard, and to provide beneficial usage of waste tires in baled form. The VB-100TY and VB-150TY waste tire baler can be used for many other recyclables. 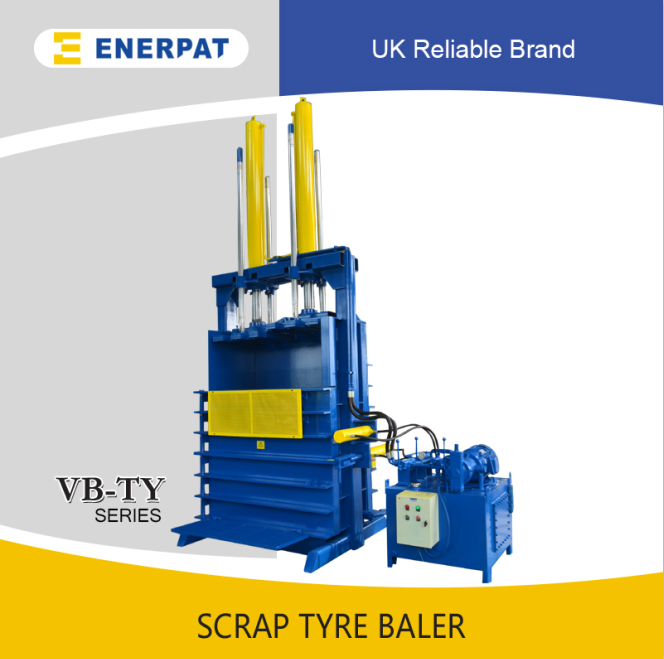 We have lots of customers all around the world. Their assessment of our products are as follows.  "I am very pleased to report to you on the comments the department has received relating to the three tire balers supplied by you which are in full service in New Mexico... Everyone is extremely happy about how easy the machine is to operate and how safe it is... We are convinced the right decision had been made when we decided to do statewide baling... Thank you for a superior machine at a fabulous price. Everyone was amazed that it only took four to six hours to effectively and efficiently train the operators... We could not be more pleased with the waste tire balers and with the Company that produced them. We look forward to placing many more machines into operation in the very near future."

Every customers can trust our products. Your choices are wise. We will try our best to serve you.

ENERPAT GROUP is the international company,we have factory in Uk,Germany and China. We focus on horizontal baler,recycling plant,single shaft shredder waste shredders and vertical baler.Believe “Quality Changes the World”; Display the world’s highest quality; With our people-oriented belief.